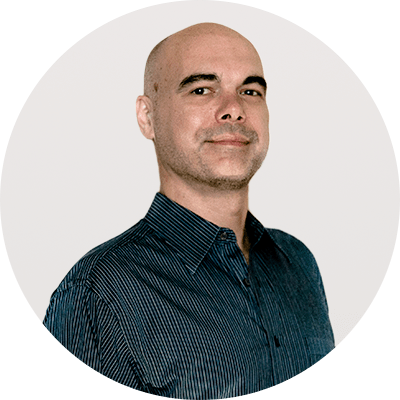 From his remote home office in Monett, MO, Jake VanDerhoef codes with poise and assuredness that can come only from years of successfully developing websites. He brings to VisionPoint deep agency experience, working at some of the most prominent Kansas City digital agencies for such big-name clients as BlueCross, Bayer and LG.

“At one point or another,” he says, “I’ve been engaged in every conceivable step on a digital project. I have a deep understanding of the technology needed to solve a client’s needs.”

We knew Jake was the right man for the job when we found out his previous project manager’s nickname for him: The Hammer.

Here at VisionPoint, we value Jake’s extensive experience with web design and development, particularly his emphasis on creating portable content across multiple mediums. He works directly with account managers, technology directors, and creative team members to coordinate the most efficient ways to execute and align the objectives of a project.

A true son of the Show Me state, all you need to do is show Jake an unsolvable problem with a website, and he’ll send back the solution, or as Jake puts it, “There’s an answer for everything.”

After working for years Kansas City, Jake and his son recently returned to his hometown on the footstep of the Ozarks. With only 8,873 people in Monett to distract him, Jake works swiftly, delivering projects on time and on target.

When he’s not knee-deep in code, Jake’s setting up base-camp on his land in Mark Twain National Park, where he roasts marshmallows around the fire and strums his guitar under the stars, though he freely admits singing is not his forte.

“Any sufficiently advanced technology is indistinguishable from magic.”